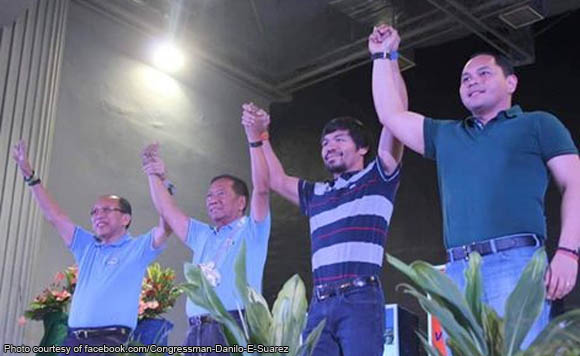 They are not jumping ship unlike other allies.

The father and son tandem of Danilo and David Suarez proudly raised the hands of Vice President Jejomar Binay in their hometown as a show of force a week before the elections.

The politikos are sticking with the United Nationalist Alliance for the May 9 polls amid reports of other supporters jumping the fence for other candidates.