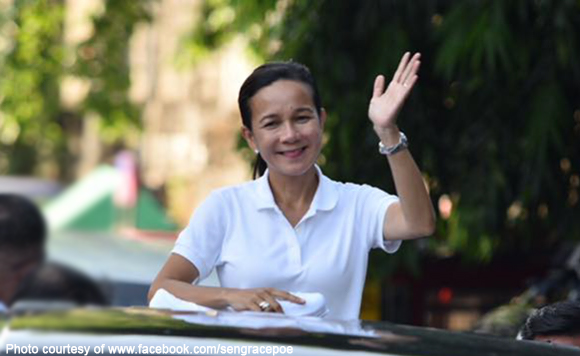 Team Poe reported that the senator has received the backing of the local chief executives in 16 of the 18 cities and municipalities of Tarlac province.

Aside from the 16 mayors, Gov. Vic Yap and Second district Rep. Susan Yap also welcomed Poe, who went around the city before speaking to different sectors early today.

Tarlac has more than 739,000 registered voters.