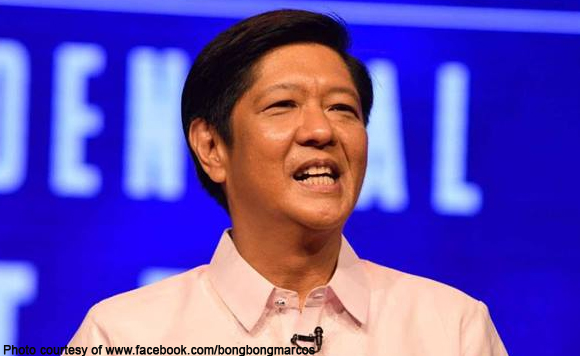 Umali ‎is the President of the Governors League of the Philippines. He is also a close friend of President Benigno Aquino III who has been vocal in his opposition to Marcos’ VP run.

‎In his statement, Marcos claimed he was mobbed like a “rock star” by local officials and workers in Umali’s office.

After visiting Umali, Marcos also met with Vice Governor Humerlito Dolor at the People’s Hall where he was rewarded a “Gawad Tamaraw” award for his contribution to the improvement of public works in Oriental Mindoro.

Marcos is Chair of the Committee on Local Government.