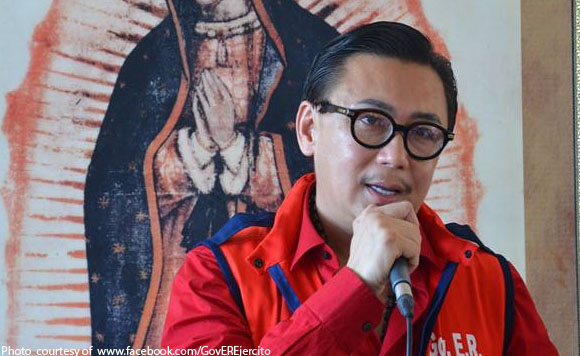 Former Laguna Governor Jeorge “ER” Ejercito Estregan has sought before the Sandiganbayan Fourth Division to dismiss a graft case against him over the alleged anomalous insurance deal in 2008.

Estregan has filed a motion to quash before the court on the ground that he is being accused of more than one offense.

“While the Information charges the accused for violation of Section 3 (e) of RA 3019 (Anti-Graft and Corrupt Practices Act), it likewise accuses them of violating the rules on public bidding and of the insurance law,” his motion read.

Citing Section 3 (f) Rule 117 of the Rules of Court, Estregan explained that a case may be quashed “on the ground of duplicity or multiplicity of offenses charged.”

He also pointed out that the Supreme Court has declared that “the State should not heap upon the defendant two or more charges which might confuse him in his defense.”

Under the case, Estregan is accused of giving unwarranted benefit and undue preference to First Rapids Care Ventures (FRCV) when he awarded to it the deal to insure he boatmen and tourists plying the Pagsanjan Gorge when he was still mayor of Pagsanjan.

The deal was allegedly awarded without holding the required public bidding to FRCV which was found without license or certificate of authority from the Insurance Commission to engage in the insurance business.

“No doubt, the Information in this case charges the accused with three separate offenses,” he said.

“Given this, the Accused respectfully pray that this Honorable Court quash the Information for it clearly violates the mandate under Section 3 (f) Rule 117 of the Rules of Court which prohibits the charging of duplicitous offenses or multiple offenses in one Information,” he added.