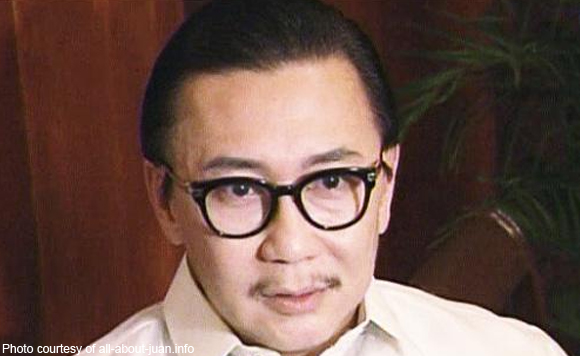 With his arraignment set on April 18, 2016, former Laguna Governor Jeorge “ER” Ejercito Estregan has asked the Sandiganbayan Fourth Division to suspend all proceedings while the Supreme Court has yet to resolve his petition over his graft case.

Ejercito is facing charges for tapping an unqualified insurance firm to insure boatmen and tourists plying the Pagsanjan Gorge.

In his motion submitted before the tribunal, Estregan prayed that the court allow the SC to resolve his petition for certiorari filed last December 10, 2015 which questioned the May 10, 2013 resolution of the Ombudsman.
The Ombudsman had ordered the filing of the case before the Sandiganbayan after finding probable cause to indict him.

“Considering that the Petition for Certiorari pending before the Supreme Court impugns the very basis of the Information filed against the Accused, Accused respectfully submits that the proceedings before this Honorable Court, including their arraignment, should be suspended in the meantime pursuant to the principle of judicial courtesy,” he said.

Estregan added that he was also cleared from the graft case by the complainant, the United Boatmen Association of Pagsanjan (UBAP), which issued an affidavit of desistance.

“Accused respectfully submits that these statements, coming from the private complainants-witnesses themselves cast serious doubts on the finding of probable cause,” said the lawyers.

Estregan has given the Ombudsman and the SC copies of the affidavit of desistance.