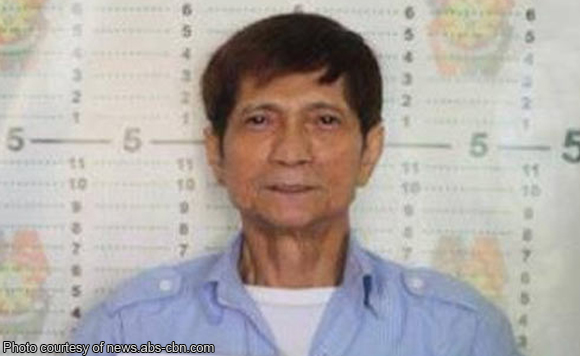 Though his macho younger brother Robin Padilla was imprisoned at the New Bilibid Prisons (NBP) in Muntinlupa City, former Camarines Norte Governor Casimiro “Roy” Padilla has pleaded before the Sandiganbayan First Division not to take him there.

After he was arrested by police on March 18, 2016, the older Padilla was taken to the Sandiganyan in March 21, 2016 to secure a commitment order to have him jailed at the NBP since he is already convicted of malversation of public property for failing to return a .45 caliber pistol issued to him in 1992.

However, the same day the older Padilla submitted a motion before the court asking that “the sentence of accused be served in the provincial jail of Camarines Norte.”

He cited Section 3 of the Administrative Circular No. 16-93 issued by the Supreme Court on September 9, 1993 which provides that those who are sentenced not more than three years imprisonment are considered provincial prisoners.

“Accused’s sentence is less than three years. Per the aforecited Administrative Circular, he is classified as provincial prisoner,” he explained.

“Since the crime of which he has been convicted was committed in the Province of Camarines Note, he shall serve his sentence in the provincial jail of said province,” he added.