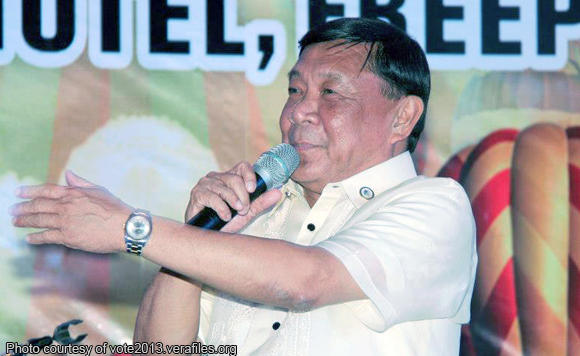 A newly created division of the Sandiganbayan has been assigned to handle the two counts of graft against Pangasinan Governor Amado Espino Jr. who is accused of having allowed two companies to conduct the illegal mining of black sand.

During the weekly raffle of cases that was held on March 18, 2016, the Sandiganbayan Sixth Division was picked to take the case of Espino.

Under the rap sheets, the provincial government allegedly issued Small Scale Mining Permits (SSMP) to Oil Ventures Inc. and Xypher Builders Inc.
in 2011 even though they lacked the necessary clearance certificates and accreditation.

The Ombudsman which filed the case found that both companies were not duly accredited or registered with the Philippine Contractors Accreditation Board (PCAB), did not possess the required business permit from the municipality of Lingayen, and had no clearance from the Department of Environment and Natural Resources’ Mines and Geosciences Bureau (MGB).