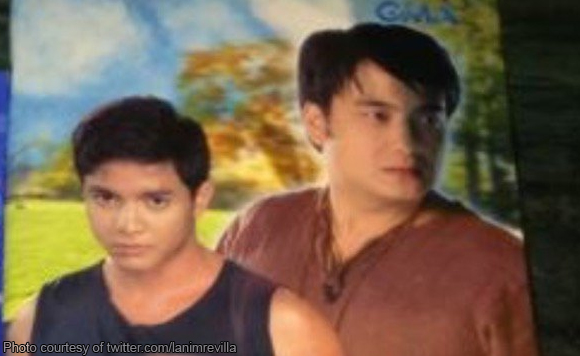 It’s her two sources of joy brought together.

Cavite Rep. Lani Mercado stumbled upon this old artista notebook of Indio, a show starred by her husband Sen. Ramon “Bong” Revilla, Jr. But what caught her eye is the second photo on the cover: Alden Richards!

It was actually among the Pambansang Bae’s first acting roles before he made it big on Eat Bulaga’s KalyeSerye. Mercado is a big fan.

This may be her favorite notebook now!