Abra politikos’ truce is all thanks to Bongbong 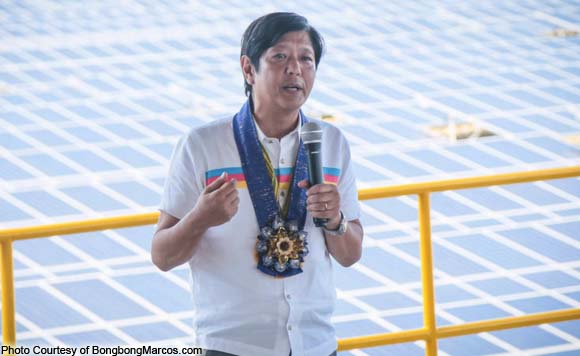 It took the vice presidential bid of Senator Bongbong Marcos for the warring clans in Abra to reach a truce and “forget politics”.

A recent dialogue attended by Marcos at the Bangued Gymnasium in Bangued, Abra drew members from both the Valera and Bersamin families, the rivalry of which has given the province a “bloody” reputation when it comes to elections.

Perhaps Provincial Board Member Brix Bachiller, who acted as master of ceremonies during event, summarized it best when he described the mood of the politikos there while in the presence of Marcos.

The senator is the son of the late former president Ferdinand Marcos, who in his 20 years in power captured the Ilocano vote, among others.

According to Marcos, this display of support from rival political factions in Ilocandia has infused momentum in his “Solid North” advocacy.

Marcos’ vice presidential bid is said to be the first phase in his quest to reach Malacañang. (Samantha A. Giron)