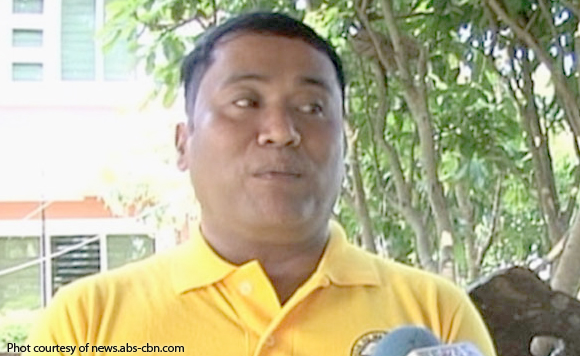 Mataas na Kahoy, Batangas Mayor Jay Ilagan–dubbed the province’s “fugitive mayor” for his alleged involvement in crimes such as rape–finally surrendered to authorities Monday, January 25 after over a year in hiding.

A GMA News Online report said that Ilagan, a Liberal Party (LP) stalwart, turned himself over to the National Bureau of Investigation (NBI).

However, the politiko denied the rape charges and dismissed it as part just part of the demolition job launched against him by political rivals in Batangas.

The surrender came just days after Mataas na Kahoy Vice Mayor Henry Laqui formally assumed the post of Acting Mayor upon the order of the Department of Interior and Local Government (DILG).

Ilagan is accused of raping a 19-year-old girl from Quezon City whom he allegedly brought to Ormoc, Leyte, in 2013 to work in a salon. The purported rape took place in Ormoc.

Aside from having a warrant of arrest for rape, Ilagan also has an arrest warrant for human trafficking.
(Randy K. Ortega)