FVR and Baby A meet again in public 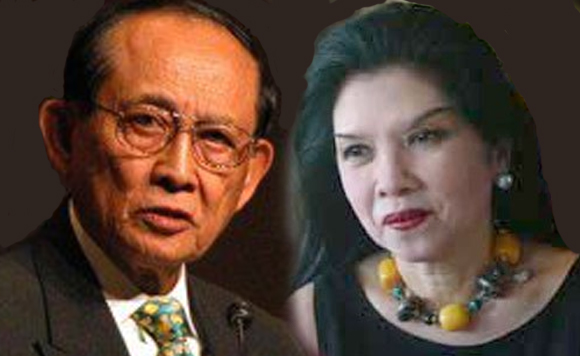 The inauguration of the Regional Consular Office of the Department of Foreign Affairs in Calasiao, Pangasinan last Sunday gave the opportunity for FVR and Baby A to be seen in public together.

Former President Fidel Valdez Ramos was guest of honor of the affair while Pangasinan 3rd District Rep. Rose Marie ‘Baby’ Arenas was one of the honored guest since Calasiao is within her congressional district.

During the 1992 presidential elections, stories made the rounds in media and other circles alleging that Ramos was romantically linked to the socialite Arenas.

Board Member Ranjit Shahani said that Pangasinan was the logical choice for the establishment of a regional consular office since 60 percent of the population in the Ilocos Region is from the province.

Foreign Affairs Undersecretary Rafael Seguis and Asst. Secretary Frank Cimafranca were present at the occasion as representatives of the Department of Foreign Affairs.