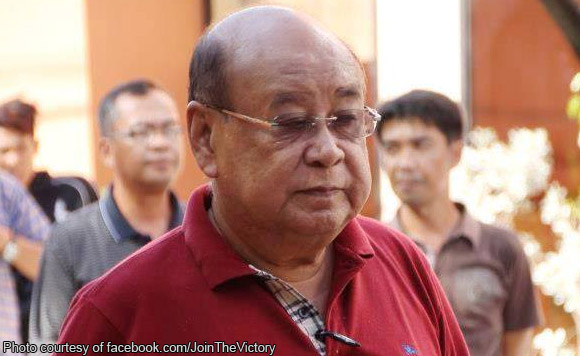 Following his arrest over charges in the misuse of tobacco excise taxes, former San Jose, Occidental Mindoro Mayor Jose Villarosa posted a P432,000 bail for his release at the Sandiganbayan.

Villarosa, who has been charged with six counts of graft and six counts of technical malversation, was brought to the Sandiganbayan Fourth Division by agents of the National Bureau Investigation (NBI) on January 7, 2016 and released that afternoon after posting bail.

The accused was arrested by NBI agents armed with an arrest warrant issued by the Fourth Division at the at around 4 p.m. of January 6, 2016 inside the Philippine Ports Authority in Calapan City, Oriental Mindoro then was taken to the NBI MIMAROPA Regional Office in Calapan City where he was booked and photographed.

Villarosa is accused of having misused in 2010 and 2011 funds collected from tobacco excise taxes of San Jose when he was still sat as mayor that amounted P2,920,644.9 to finance the municipality’s regular operations even though it was not meant for under the law.

The Office of the Ombudsman pointed in a resolution against Villarosa that the funds should should be used solely for cooperative, livelihood and agro-industrial projects for the benefit of tobacco farmers.

Instead, Villarosa used the funds to purchase vehicles; Christmas lights; meals and snacks of newly-elected barangay captains and Sanguniang Kabataan chairpersons; medicines; and gravel and sand; repair and maintenance of police and service vehicles; and bus rentals for municipal activities.

Villarosa who also became the representative of Occidental Mindoro was previously charged with the murder of two sons of political rival Ricardo Quintos in December 1997 but was eventually acquitted by the Court of Appeals.