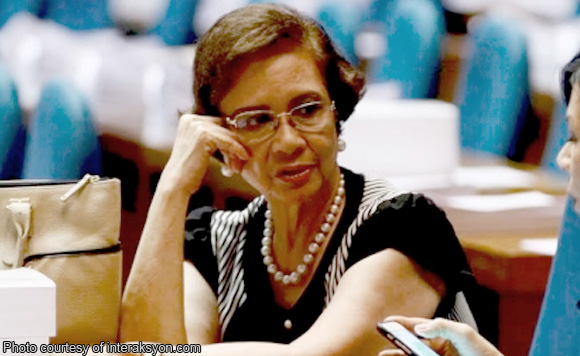 A member of the House of Representatives is pushing for a measure seeking to exclude the withdrawal of a certificate of candidacy (COC) among the grounds for the substitution of a candidate.

In House Bill 6308, Rep. Herminia B. Roman of Bataan said the Omnibus Election Code of the Philippines was enacted in 1985, and many of its provisions are still effective to ensure the sanctity of the ballot and to provide an efficient electoral system.

According to Commission on Elections (Comelec) substitution for a candidate who dies, withdraws or is disqualified was allowed even after the filing of COCs. However, the substitute candidate should belong to the same party as the candidate being replaced.

Moreover, Roman said a closer study of the law would indicate that some of its provisions are no longer relevant with the times.

While the law allows the substitution of a candidate, she said some quarters have abused this particular law and made a mockery of the electoral process.

“Hence my proposal is to exclude the withdrawal of a COC as a ground for substitution of a candidate by amending Section 77 of BP 881, [Omnibus Election Code of the Philippines] as amended. This amendment will also help the electorate determine who among the candidates are really sincere in their intent to serve the people,” said Roman.

The amendment amends the title of Section 77 to “Candidates in case of death or disqualification” while the amended text of the section itself provides that if after the last day for the filing of COCs, an official candidate of a registered or accredited political party (PP) dies or is disqualified for any cause, only a person belonging to, and certified by, the same political party may file a COC to replace the candidate who died or was disqualified.

The bill said substitute candidate nominated by the political party concerned may file his COC for the office affected in accordance with the preceding sections not later than mid-day of the day of the election.

It added that if the death or disqualification should occur between the day before the election and midday of election day, said certificate may be filed with any board of election inspectors in the political subdivision where he is a candidate, or, in the case of candidates to be voted for by the entire electorate of the country, with the Comelec.

Politiko would love to hear your views on this...
Post Views: 0
Tags: certificate of candidacy (COC), Commission on Elections (Comelec), Herminia B. Roman, Omnibus Election Code of the Philippines, Rodrigo Duterte