Baby Arenas declares herself a sure winner in Pangasinan polls 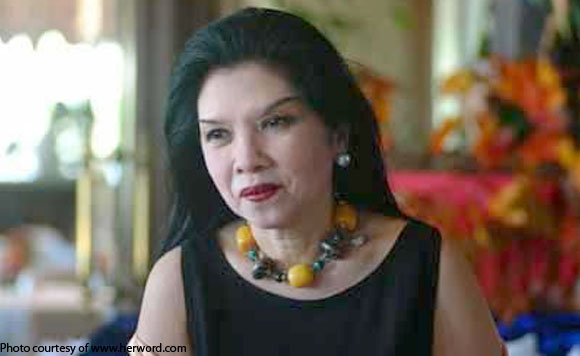 A politiko from the home province of former President Fidel V. Ramos has already claimed victory for her reelection five months before Election Day.

Pangasinan 3rd District Rep. Rose Marie ‘Baby’ J. Arenas said that she would be reelected in office in a speech during the 51st Foundation Day of San Carlos City held on January 1, 2015 at the Arenas-Resuello Sports Complex.

Arenas said that her rivals, former House Representatives Generoso Tulagan and Eric Acuna, were welcome in a democracy where people should have more choices.

The elder Arenas substituted for her then incumbent daughter, Maria Rachel, in the 2013 elections when it was clear that no strong candidate filed for Pangasinan 3rd District Representative.