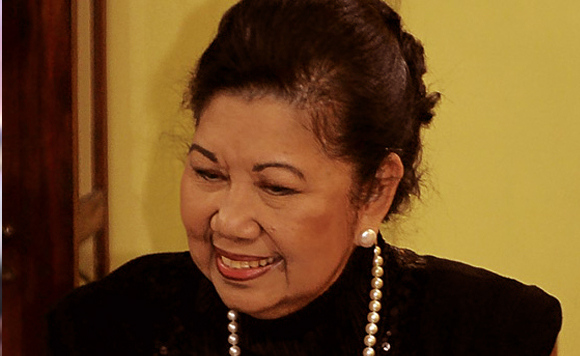 Former House Speaker Jose de Venecia had a hard time courting his wife. Pangasinan Rep. Gina de Venecia, because one of her sisters was opposed to the smooth-talking, ladies man.

During de Venecia’s birthday celebration at the Vera Perez’s Sampaguita Gardens last 28 December 2015, Marichu said: “When Joe began courting my sister Gina, I disliked him completely. She cooked breakfast for him at 5 a.m.!”
Marichu said it would some time before she warmed up to de Venecia as a brother-in-law. “I could see he was good for Gina – he let her fly,” said Marichu.

During the same event. former President Fidel V. Ramos said that at 80 years old, “this is your second chance to be a good boy.” Former Vice President Teofisto Guingona said “Joe’s real name is Jose de Venecia Amore” which Daza said was in reference to the “celebrant’s checkered career as a playboy of the West-meets-East mould.”

De Venecia has retired from politics and it seems his wife is too. Gina has backed out of the 2016 race and has fielded their son, Christopher, to run for Pangasinan congressional district.