How did she do it? Arroyo filed more bills than colleagues while in detention 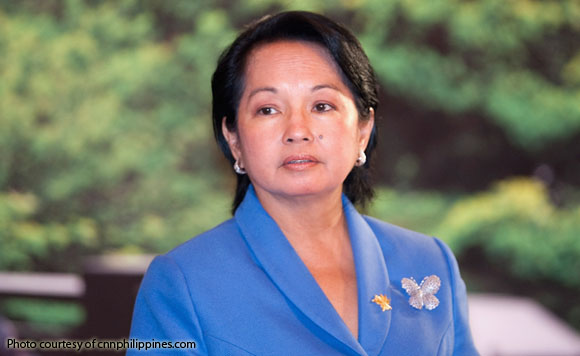 Even under hospital arrest, former president and incumbent Pampanga 2nd District Rep. Gloria Macapagal-Arroyo beat most of her fellow lawmakers in the House of Representatives in the most number of bills filed and approved in the 16th Congress.

Arroyo even bested members of the Malacañang-backed majority bloc, according to a Manila Bulletin report, which cited records from the lower chamber.
Among her approved bills is the Anti-Drunk Driving Act which President Aquino signed into law.

She is also the principal author of the recently-approved creation of the Department of Housing and Urban Development.

Arroyo also authored House Bill (HB) 4531 imposing penalties on distracted driving; HB 4543 or the proposed amendments to the indeterminate sentence law; and HB 5206 banning the catching, sale, purchase, possession and importation of all sharks and rays in the country, among others.

The former president-turned-lawmaker also filed HB 3978 seeking to strengthen the political party system; HB 4544 increasing the penalty of the crime of carnapping; HB 4536 amending the Philippine Fisheries Code of 1998; and HB 5295 granting an annual productivity incentive to all workers in the private sector.

Arroyo is running for her third and last term in the May 2016 elections.

Her lawyer, Larry Gadon, commented that despite her four years in hospital detention and her still guarded health condition, Arroyo continued to attend to legislative work and respond to the needs of her congressional district.

“Whether or not she established a record for having bills approved despite her detention is not important. What is needed to be emphasized is the fact that Representative Arroyo did her best to serve Filipinos despite the adverse conditions she had to face,” Gadon said.

Arroyo has been charged with plunder for the alleged misuse of some P300 million in intelligence funds of the Philippine Charity Sweepstakes Office (PCSO). She is detained at the Veterans Memorial Medical Center in Quezon City.