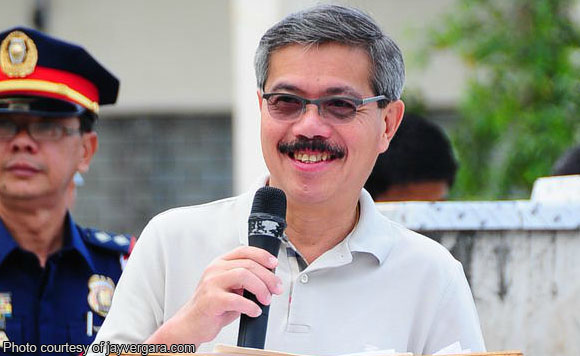 Fed up with floods, Cabanatuan City mayor Julius Cesar Vergara has tapped a private firm to conduct a topographical survey of the Sierra Madre mountain ranges.

Vergara pointed out that floodwaters that submerge several towns in Nueva Ecija, including Cabanatuan, come from the mountains.

“The water really came from the mountains,” he said in report in Interaksyon.

With fresh GIS data, he said the city government would be able to come up with contingency measures to save lives and properties during bad weather.

Citing reports from the City Disaster Risk Reduction Management Office, Vergara said water from Sierra Madre mountains cascades through the municipalities of Gabaldon, Laur, Bongabon, and Palayan City, all the way to Cabanatuan to downstream areas.

He noted that most of the protective dikes previously built by the government, particularly those in Gabaldon town, were destroyed by Lando’s flash floods.

Aside from Certeza, the city government is also consulting with the National Mapping and Resource Information Authority (Namria), an agency under the Department of Environment and Natural Resources Office, Vergara added.