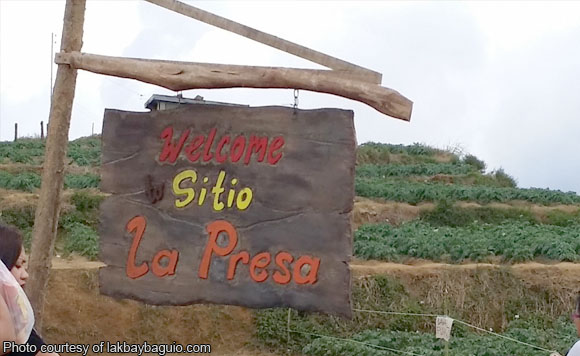 This after they did not object to the closure of the fictitious “La Presa” community in Sitio Pungayan in Poblacion village in Tuba, which has drawn thousands of tourists since the airing of the popular TV drama “Forevermore”.

The tourist ban was enforced by the Department of Environment and Natural Resources (DENR) in view of the permanent environment protection order issued by the Court of Appeals (CA).

Gov. Nestor Fongwan said he welcomes DENR’s move but asked that vendors along the highway leading to the area should not be driven away.

“The stalls along the highway leading to the peak of Mt. Sto. Tomas should be allowed to sell their products. How will they earn their living if they are not allowed to sell?” Fongwan said in an Inquirer report.

Pungayan is part of Mt. Sto. Tomas forest reserve, which the CA has declared off-limits to tourism and commercial purposes to protect it from further destruction.

Local officials and environmental groups complained that the influx of tourists have dirtied not only La Presa but many parts of Mt. Sto. Tomas.

“We can take no action against the DENR order but the national highway should be accessible to the public,” Bentrez said.

For her part, Vice Mayor Clarita Sal-ongan said the mountain has long been a tourist destination even before the soap opera drew people to Pungayan.

“La Presa is not the only destination in Sto. Tomas. We have the burial caves and other attractions like the Stations of the Cross, mountainside farms and spots offering a panoramic view of Baguio,” she said.

Sal-ongan said the local government is crafting a tourism plan that would determine how Mt. Sto. Tomas would be treated.

The Benguet-Provincial Environment and Natural Resources Office (PENRO) and the municipal government of Tuba will put up a Community Police Assistant Center to monitor and protect the forest reserve from any illegal activities, according to PENRO chief Julio Lopez.