To save Pampanga from flooding, Pineda seeks Mar’s help 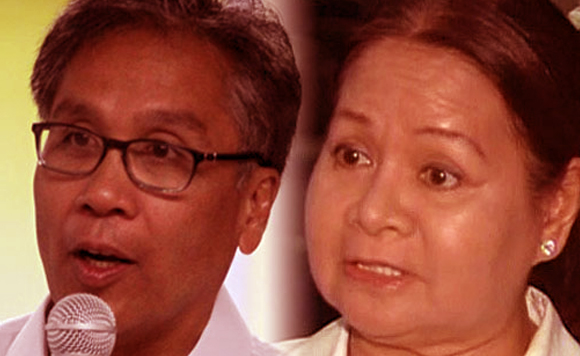 As if Liberal Party (LP) standard-bearer Mar Roxas is sure to win the presidency, Pampanga Gov. Lilia Pineda, this early, is seeking his help to address the province’s problem on flooding.

Pineda said her only wish to Roxas, should he become president, is to fund the proposed project of the Department of Public Works and Highways (DPWH) to construct a ring dike along the borders of Nueva Ecija.

The governor pointed out that the dike would serve as a reservoir of floodwaters to prevent it from flowing down to the Pampanga River, which causes the massive flooding in the province.

“We are asking that after the term of President Aquino, we are hoping that the study of (DPWH) Secretary (Rogelio) Singson be carried out once you are seated as President, that you will deliver the budget for the project,” Pineda told Roxas during the LP bet’s recent visit in Pampanga.
Roxas has promised to look into the matter.

The governor said the idea of the ring dike originated from the study of World Bank.
“I am asking the national government to give attention to this. Even if does not rain in Pampanga, the water from Nueva Ecija that gushes down from Sierra Madre needs to be resolved so that it doesn’t go directly to Pampanga,” Pineda stressed.

She vowed to continue appealing the problem to the next president and to DPWH, until a long-term solution is ascertained.