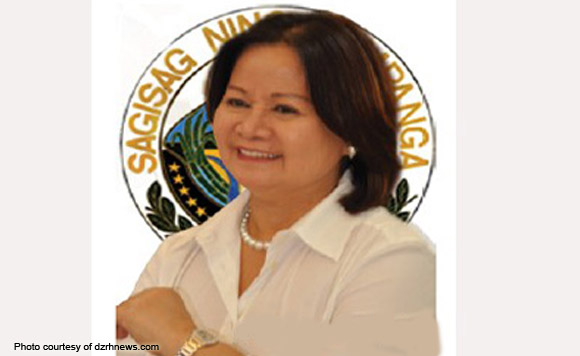 Pampanga Gov. Lilia Pineda declared that the province is open to all national candidates joining the 2016 elections, regardless of political connections.

The re-electionist governor said politicians may campaign in the province but they cannot be assured of the provincial government’s support.

“Their presence does not in any way reflect any political affiliations or commitment on the part of the provincial government,” Pineda was reported as saying in a Sunstar article.

The governor stressed that she is not out to endorse anybody but merely giving candidates a chance to meet the Kapampangans and include the province’s concerns to their national agenda.
Earlier, Liberal Party (LP) standard-bearer Mar Roxas graced some events of the five-day celebrations of the 444th Aldo Ning Kapampangan or the “Pampanga Day” .

Pineda pointed that she sees nothing wrong with Roxas’ discussing their platforms and agenda with the Pampanga residents as these would help voters in making an “informed decision”.

“National politicians are welcome to visit and explain their political plans for Pampanga to the people,” she said.

Pineda is with the National Unity Party (NUP) and her local party Kambilan.

Governor Pineda and her son, Vice Gov. Dennis Pineda, are running unopposed in the 2016 elections.