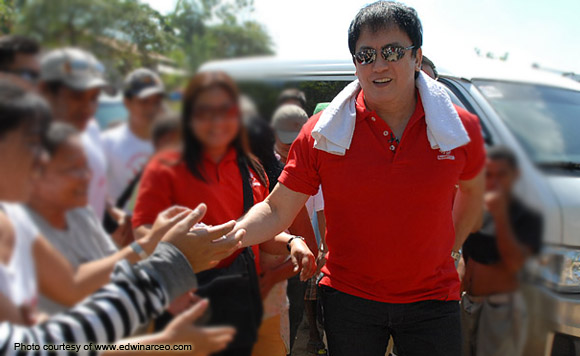 The veteran actor has teamed up with former Bulacan governor and postmaster general Josefina “Josie” Dela Cruz in his bid to become the province’s next vice governor.

Salvador, 62, filed his certificate of candidacy (COC) as substitute for Eduardo Gregorio.

Dela Cruz, on the other, replaced her brother Pete.

Salvador earlier won a disqualification complaint alleging that he is not a registered voter of Marilao as he and his wife have no properties in the town.

This was not the actor’s first try in politics. In 2001, he ran for vice mayor of Mandaluyong City and miserably lost.

Dela Cruz, on the other hand, resigned as postmaster general on December 7 to prepare for her return to Bulacan politics.

She was in the province’s political arena for 27 years, starting out as the youngest vice mayor of Bocaue.

She became a provincial board member; vice governor; and the youngest governor from 1992 to 2001.