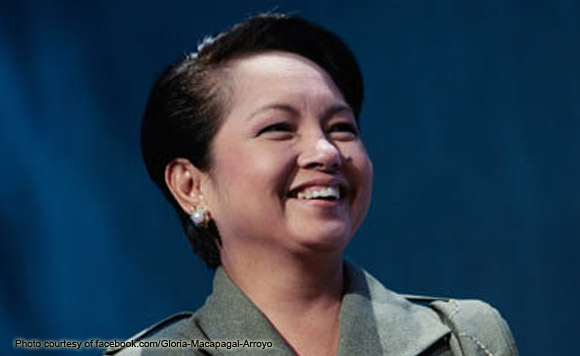 Former president and incumbent Pampanga 2nd District Rep. Gloria Macapagal-Arroyo is grateful to the Supreme Court (SC) for allowing her to spend Christmas and New Year at home.

The SC, in an order, permitted Arroyo to leave the Veterans Memorial Medical Center (VMMC) where she is under hospital arrest from 8 am of December 23 to 5 pm of December 26.

“We are grateful to the SC for granting her the Christmas and New Year furloughs. The former President is very happy that she can be at home with her family during this most special of Seasons,” Arroyo’s legal counsel Laurence Arroyo said in a statement.

Atty. Arroyo said the former president’s family is hoping her health would improve during the seven-day break.

With the granting of the furlough, the lawyer expressed confidence that their motion for house arrest would be eventually granted.

“We have the fullest faith in the collective wisdom of the men and women of the SC, that they will finally set right what we believe to be the serious errors of the lower court,” the defense counsel stressed.

Arroyo has filed an urgent motion for house arrest while her bail petition remains pending before the 1st Division of the Sandiganbayan.

The court is hearing the plunder case against Arroyo over the alleged misuse of P366 million fund of the Philippine Charity Sweepstakes Office (PCSO).

Because the Sandiganbayan has denied her petition for bail as well as her demurer to evidence, the former president has elevated her legal issues to the SC, which has issued a status quo ante order that stops all proceedings while the high tribunal is studying her legal arguments.