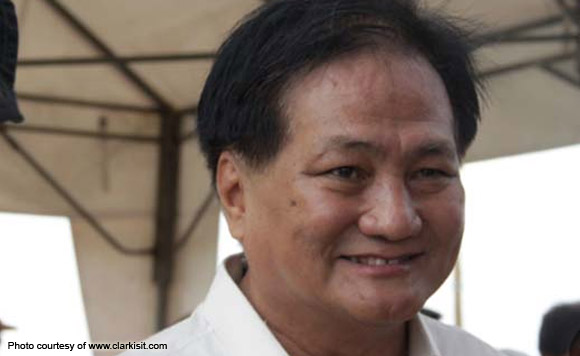 It’s Christmas time, and yet these rivals for the mayoralty race in Porac, Pampanga are in each other’s neck over the approval of the municipal employees’ bonuses.

The renewed word war between the duo erupted when Tapang claimed that the mayor has been ignoring the committee on appropriation’s request for the local government’s detailed expenditures, according to a story in Sunstar.

Tapang is the chair of the committee.

He explained that without the financial report, the town’s P270-million budget which was partially vetoed by the mayor will remain in status quo.

Citing the policy of the Department of Budget and Management (DBM), Tapang said the proposed budget for this year should be approved by the municipal council in order to allocate the bonuses of the town workers through a supplemental budget.

He pointed out that the appropriations committee cannot work for an override on the vetoed budget, a requirement for the approval of the supplemental budget, sans the mayor’s expenditure report.
But Dela Cruz said it was the majority bloc that is delaying the approval of the municipal budge, including the workers’ bonuses.

He explained he vetoed the 2015 budget because the Office of the Mayor’s budget was slashed.
“I vetoed some parts of the budget because I cannot move as my budgets were slashed,” Dela Cruz said.

The mayor added he cannot release the bonuses of the municipal employees without the approval of the 2015 appropriations, including the supplemental budget.