This Pampanga mayor has a X’mas message for OFWs 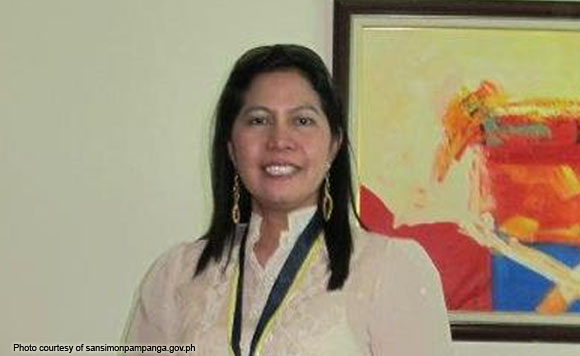 San Simon, Pampanga mayor Leonora Wong has felt the need to build up the morale of Overseas Filipino Workers (OFWs) who hail from the town this Christmas season.

“For the OFWs who were from San Simon, I know that Christmas season is coming and there is a possibility that you’ll feel homesick,” Wong said in a statement in Sunstar.

“But I encourage you to have faith in God. I’ll also pray for your safety and I hope one day, you can come home to be with your family once again,” she added.

The re-electionist mayor said OFWs in the town opt to go abroad despite the availability of jobs in the municipality.

“I know that sometimes the salary in our country is not enough if you have a big family, but I just want to say that there were a lot of job opportunities in our town today,” Wong bragged.

Citing a report from the San Simon Aguman Lingap Pamilyang OFW (SSALPO), Simonian OFWs are generally in good condition, expect for one who committed suicide in Macau.

SSALPO is local group that monitors and assists OFWs and their families in the town.

Wong reported that that Marvin Bautista, 30, a resident of Sta. Monica village, reportedly committed suicide by jumping off a bridge last October.