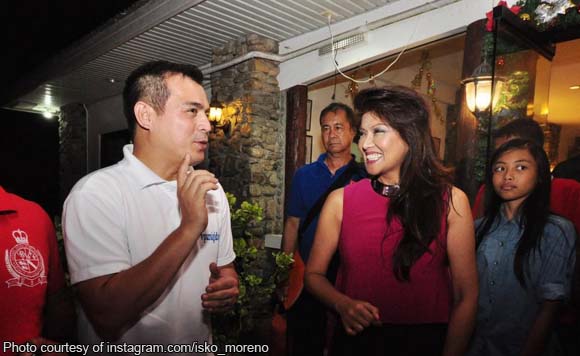 Isko Moreno flew to Ilocos Norte this December to celebrate the Tan-Ok ni Ilocano festival, no less than with Governor Imee Marcos.

The Manila vice mayor and senatorial aspirant spent the weekend in Laoag City just to bask in the festivities for the annual event, where he got the chance to bond with Manang Imee as a special guest.

Moreno clearly enjoyed the shows, sharing tons of photos over his social media accounts. He even met fellow senatorial bet and Leyte Rep. Martin Romualdez there, a cousin of Marcos.

Moreno is running under Grace Poe’s slate, while Romualdez is under Jejomar Binay’s line-up. Marcos’ brother Bongbong, meanwhile, is the running mate of Sen. Miriam Defensor-Santiago.