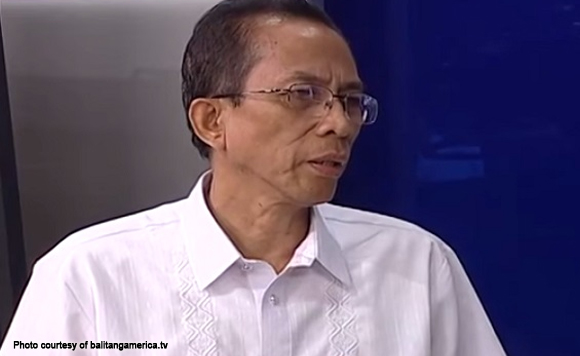 Just what are they trying to do?

Kalayaan mayor Eugenio Bito-onon is posing this question to a group called “Kalayaan Atin Ito Movement” that is planning to sail to West Philippine Sea and challenge China’s claim to the islands.

Bito-onon said he would like to talk to the group’s leaders because he is “confused” about their ideology.

“I like to sit down with them to tackle their advocacies. Probably it’s the right time to refine and temper their ideology,” he pointed out.

The mayor of the sparsely populated Kalayaan town, which is located in the West Philippine Sea, said the group’s plan to sail to the Philippine-held islands is “a wrong ideology” and it would only put them at great risks.

Bito-onon earlier warned the group that sailing to the islands is very risky this December because of the rough seas.

To be led by former rebel and Marine Capt. Nicanor Faeldon, some 10,000 members of the group are set to sail aboard 81 boats to the disputed West Philippine Sea this month.

The planned voyage, however, my not push through as the organizers have failed to secure clearance from the Armed Forces of the Philippines (AFP) and the Philippine Coast Guard (PCG).

The group’s spokesman, Bryan Castillo, said they will find a way to push through with their plan.

The group is planning to sail to Kalayaan Islands from Manila and live there for a month to declare the Philippines’ sovereignty over the entire area.