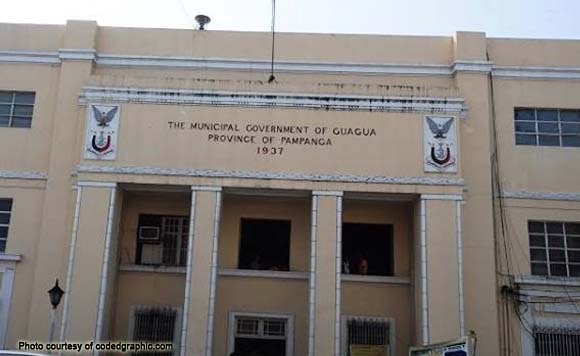 A 46-year-old son of the late Guagua, Pampanga mayor Manuel Santiago has promised to replicate the programs his father has started if he gets elected mayor in the 2016 elections.

Mariano Santiago, who is running under the Partido Lakas ng Masa, said he hopes to “restore the dignity of Guaguaeños” by initiating programs that would directly benefit the poor and the disadvantaged.

“We plan to continue what ‘Tatang’ had started and that is leading with the people and addressing their concerns,” the young Santiago was quoted in a Sunstar article.

Santiago will fight it out with incumbent mayor Dante Torres of the Liberal Party, who is seeking a second term.

Santiago’s father Manuel is some sort of a legend in the municipality, having served as mayor from 1986 to 1998.

It was during his term that Guagua received the 1996 Gawad Pamana ng Lahi, the most prestigious award ever given to a local government unit.

Pampanga Gov. Lilia Pineda even named a park in the town after the late mayor for his outstanding accomplishments.

The young Santiago said it would be difficult to follow in his father’s footsteps, but promised to do his best in uplifting the level of “political consciousness” of the town residents.
He said he plans to do this t
hrough people empowerment and a management program that is responsive for the people.
“The community should understand that it has a role in the community and in government and that people should not just be dependent on dole outs,” Santiago pointed out.

A lawyer by profession and the third son in the Santiago family, he worked as a labor lawyer for then Sen. Wigberto Tañada.

Santiago stressed he is merely following his heart when he decided to run in the 2016 elections.