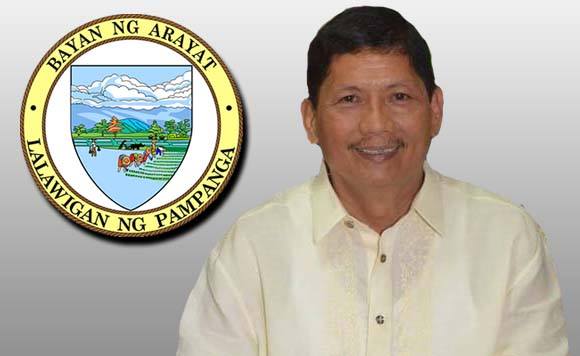 Arayat, Pampanga mayor Emmanuel “Bon” Alejandrino has resorted to blaming game after being implicated in the massacre of the alleged supporters of his rival, former mayor Chito Espino.

Alejandrino is asking Gov. Lilia Pineda and provincial police officials to relieve Arayat chief of police Supt. Allan Palomo for his supposed failure to curb the rising number of crimes in the town.

Palomo is already the fifth chief of police of Arayat since Alejandrino was elected mayor in 2013.

The re-electionist mayor said the police official is not performing his duty, resulting to the rise of crime incidents in the town.

Five shooting incidents have already transpired in the second half of this year, killing eight people and injuring seven more, according to Alejandrino.

He added he has not seen any checkpoints in the town as mandated by the “Oplan Lambat Sibat” campaign of the Philippine National Police.

Alejandrino has denied any involvement in the killing of four persons in San Juan Baño village on November 10. The victims were reportedly supporters of Espino, who is running for mayor again in 2016.

Alejandrino also blamed Palomo for the identification of the municipality as one of the election hotspots in the province and Central Luzon.