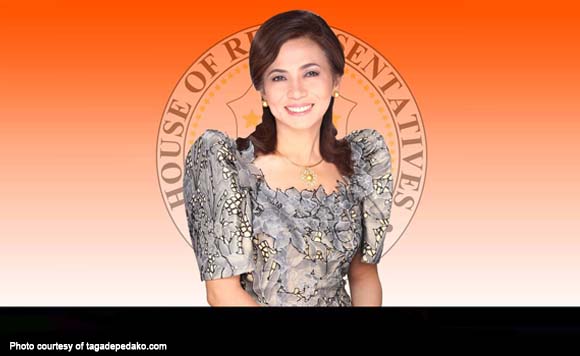 Quezon 4th District Rep. Angelina Tan is so concerned with the rising number of HIV/AIDS cases in the country that she wants the House of Representatives to review the government’s current policies and programs to control the dreaded disease.

The doctor-turned-lawmaker said even the United Nations (UN) is concerned that the Philippines may not be able to meet its Millennium Development Goals target of fighting the AIDS epidemic.
“The United Nations (UN) AIDS program has reported that the Philippines has over 20,000 cases of new infections, which is more than the number of HIV cases in the country from 1984 to the early 2000s,” Tan was quoted in a Philippine Star report ahead of the World AIDS Day commemoration on December 1.

The neophyte lawmaker has filed Resolution 2526 asking Congress to revisit the provisions of Republic Act No. 8504, or the Philippine AIDS Prevention and Control Act of 1998.

Tan pointed out that there might be a need to amend certain provisions of the law to enable the government to come up with more effective policies and programs to control the spread of HIV/AIDS.

According to the Department of Health (DOH), a four-year-old child and 22 people aged 12 to 19 years were among the 73 new cases of HIV infections recorded last October.

Tan added that the World Health Organization (WHO) also expressed alarm in the Philippines’ AIDS situation since new cases in other countries have gone down by as much as 40 percent.

She said WHO has reported that the number of new infections has increased from 17 a day in 2014 to 22 this year.