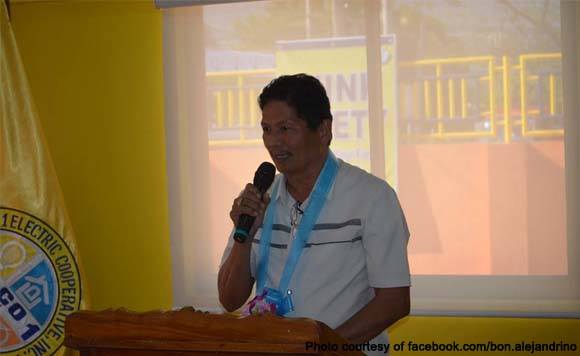 Arayat, Pampanga mayor Emmanuel “Bon” Alejandrino has belied reports of his alleged involvement in the killing of four persons who were said to be supporters of his rival, former mayor Chito Espino.

The re-electionist mayor said he does not even believe that politics was behind the shooting incident in San Juan Baño village on November 10.

“I wasn’t here when it happened. I was on leave to receive an award from a group of OFW Arayateños,” Alejandrino was quoted in a report in Sunstar.
“Halo-halo na yan. Yung iba personal interests, pami-pamilya nagpapatayan. Meron din droga,” he added. “But clearly no politics involved.”

The four victims, aged 17 to 23, were shot by five men while having a drinking spree. Three others were seriously wounded.

Rumors were circulating in the town that Alejandrino ordered the killing to ruin Espino’s candidacy.
A member of the Liberal Party, Alejandrino is seeking his second term against Espino in the 2016 elections.
The mayor said the rumors are just like that- rumors.

He urged those making up the story to stop and instead help the municipal government fight criminality.
“I have been working hard to maintain peace and order in the municipality since I assumed the position. ‘Wag niyong sisirain ‘to,” Alejandrino said.