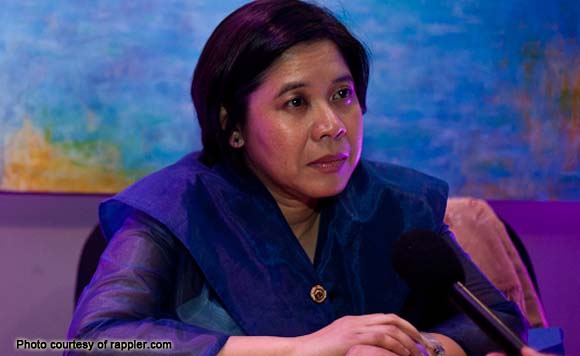 Dy, of the Nationalist People’s Coalition (NPC), has pledged his clan’s support to LP standard bearer Mar Roxas, who in turn endorsed the governor’s re-election run.

“My only question is the ease by which they could ally with people who are not known to be Daang Matuwid,” Padaca was quoted as saying in a Manila Bulletin report after being asked if she felt abandoned by Aquino.

Padaca toppled the Dy family in 2004 and 2007 elections. In the 2010 elections, she sought re-election as governor under LP but lost to Dy III.

She is again running for governor next year, this time as an independent candidate.
Padaca pointed out the Dys have never been with Aquino’s “Daang Matuwid” agenda ever since.

She stressed that political developments in the province had convinced her that she can no longer expect any help from the LP, especially in the present case she is facing before the Sandiganbayan over her alleged failure to file her Statement of Assets and Liabilities (SALN) when she was governor.
“Frankly, I do not expect it,” Padaca said.

In 2013, Aquino paid for Padaca’s bail over a malversation and graft case involving an alleged anomalous loan to farmers.