Politiko calls for probe of ‘hapless’ mining operations in Zambales 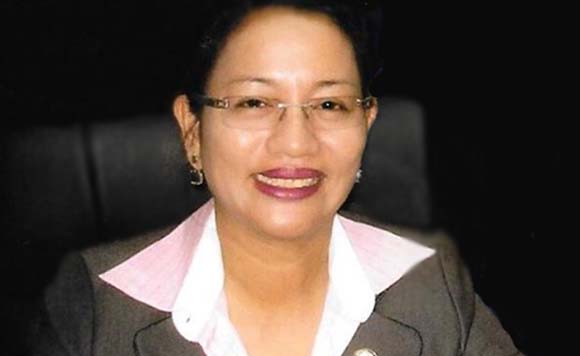 Zambales 2nd District Rep. Cheryl Deloso-Montalla is urging the House of Representatives to look into what she termed as “hapless and irresponsible” mining activities in the province.

The neophyte lawmaker filed House Bill 2495 asking the committee on Ecology and Natural Resources to conduct an investigation in aid of legislation into the alleged destructive mining operations in the towns of Masinloc, Candelaria, and Sta Cruz.

“The ill-effects of nickel ore mining have been too hard to ignore as threats to the environment, livelihood and inhabitants of the host communities in the municipalities of Masinloc, Candelaria and Santa Cruz,” Montalla pointed out.

In July 2014, Montalla said the large-scale mining firms that were granted permits to operate in the three towns were found to have been practicing “unsystematic strip mining” methods that led to inefficient recovery of minerals and cause adverse environmental impact like siltation in bodies of water and generation of dust.

A team from Mines and Geosciences Bureau of the Department of Environment and Natural Resources (DENR) who inspected the mining sites recommended the establishment of silt ponds, silt traps, peripheral drainage canals and the institution of measures to ensure slope stabilization and reforestation.

“Far from abating the sordid and irreversible legacy of mining destruction, social displacement and other correlative shoddy consequences brought about by profligate mining operations, mining companies operating in the area are as fervidly posed to scrounge, fleece or even sack up to the hilt — at the municipalities’ rich mineral resources,” the lady lawmaker lamented.

She revealed that in Santa Cruz alone, the impact of hapless mining activities prior to the onslaught of Super Typhoon Lando early this year was estimated to be worth some half a billion pesos in losses in terms of food, rice, mango and fish production.

The onslaught of Lando last October only further exposed the devastation brought by the mining activities, Montalla added.

“Along with torrential rains, thick reddish-brown mud flow deluged from the mountains, where large scale mining companies operate, into the lowlands and devoured everything along its path, from houses to barangay halls, farms animals and farm produce of farmers and fisher folks, and covered farmlands and heavily silted river systems and waterways which would eventually destroy the ecosystems,” she pointed out.

“It took typhoon Lando to reveal a never-seen-before grim and grotesque picture of the communities surrounding the mining sites in Masinloc, Candelaria and Santa Cruz,” she added.