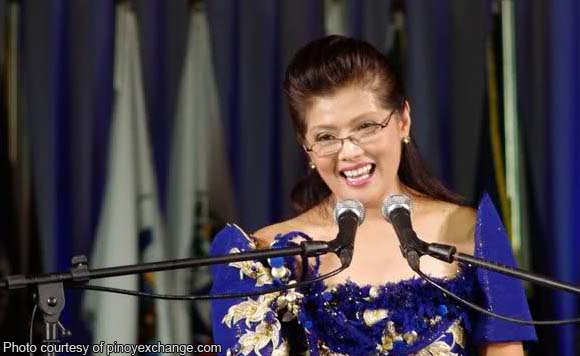 Ilocos Norte governor Imee Marcos has scored President Benigno Aquino III for accusing the media of blowing up the issue about the alleged scam involving the planting of bullets in airline passengers’ bags at the Ninoy Aquino International Airport.

In her Bulgar column, Marcos described Aquino’s remarks about the media’s coverage of the so-called “tanim-bala” issue as “insensitive” considering that some travelers have come forward to assert their innocence after bullets were found in their luggage.

The President had downplayed the issue in Kuala Lumpur last Nov. 22 by saying that only 1,200 of the estimated 34 million passengers who passed through NAIA had been apprehended for allegedly carrying bullets.

The governor said the President’s statement on the issue showed he is desperate to let it die down.