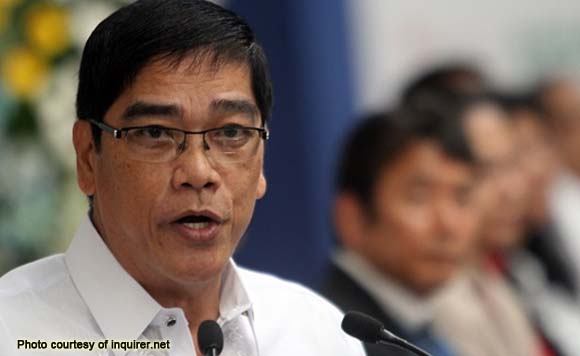 During the hearing of the House committee on transportation on November 25, Sarmiento directed the Department of Transportation and Communication (DOTC) to prepare a master plan for Guiao’s proposal to use CIA as an alternative to the congested Ninoy Aquino International Airport (NAIA).

The hearing was an offshoot of Guiao’s call for an inquiry into the cancellation of thousands of flights of major airlines during the recently concluded Asia Pacific Economic Conference (APEC) Leaders Meeting in Manila.

“To speed up matters, this committee would like the groups to present an action master plan considering Clark as an alternative airport to NAIA to be submitted in January,” Sarmiento said in an Inquirer report.

He is directing his statement to representatives of DOTC, Civil Aeronautics Board, Civil Aviation Authority of the Philippines, and the Clark International Airport Corp. who attended the hearing.

“Matagal na nating pinag-uusapan ito; puro na lang tayo usapan. If you could assemble and meet and present a master plan, we could have it submitted to the proper authorities for immediate action,” he added.
Guiao, so called “Mr. Clark” for his thrusts to promote the Clark airport, said major airlines such as Philippine Airlines (PAL) and Cebu Pacific incurred huge losses because of the flight cancellations.

Due to the cancelled flights during the Apec week, Philippine Airlines reportedly lost over P880 million, while Cebu Pacific, an estimated P400 million in revenues, according to Guiao.

“Katatapos lang ng APEC. We’ve read in newspapers that PAL and Cebu Pacific lost a lot of money just cancelling flights… Instead of losing P800 million or 50 million dollars, if you just set up something in Clark, you give passenger) an option to land in Clark because you cannot land in NAIA; you can also reduce inconvenience and airline losses,” Guiao was quoted as saying.