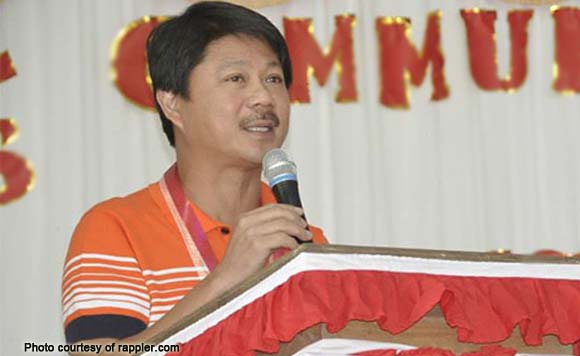 Typhoon Marilyn is not expected to make landfall, but Isabela Gov. Faustino Dy III is not about to take any chances.

The governor has alerted the municipal officials of the coastal towns of Maconacon, Divilacan, Dinapigue, and Palanan to be ready for any contingencies in case of heavy rains and storm surge.

In an ANC interview, Dy said the provincial government has also placed its emergency units on standby.
Once storm signals are raised in the province, he said the no-sail policy and liquor ban will be immediately enforced.

Isabela was one of the hardest hit provinces in northern Luzon during the onslaught of Typhoon Lando, which brought damages to agriculture and infrastructure worth P724.78 million.
According to Pagasa, Marilyn slightly weakened and is expected to be 1,235 kilometers east of Basco, Batanes by Wednesday morning, November 25.

It has maximum sustained winds of 140 kilometers per hour (kph) and gustiness of up to 175 kph.