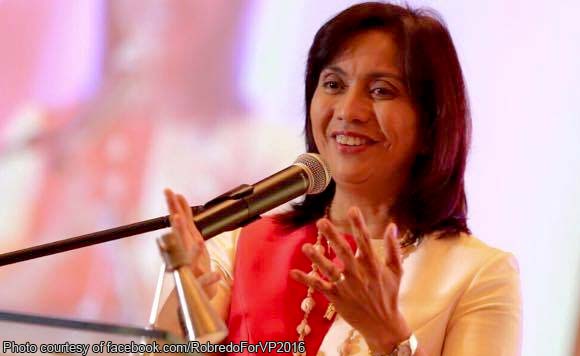 Camarines 3rd District Rep. Leni Robredo is attacking the administration that is fielding her for the vice presidential race in the 2016 elections.

Robredo admitted in a newspaper report that the Aquino administration has failed to distribute land to farmers under the Comprehensive Agrarian Reform (CAR) program.

The Liberal Party (LP) candidate for vice president pointed out that tracts of land about 1.2 million to 2.7 million hectares that are intended for distribution have not been given to farmer-beneficiaries.

“During many of our committee hearings, there were many allegations of corruption insofar as the awarding of lots is concerned,” Robredo said in a Manila Standard article.

Robredo, widow of the late Interior secretary Jesse Robredo, sits as a member of the House committee on agrarian reform.

She is also the co-author of a bill that seeks to form a commission that will investigate the lapses in the implementation of CAR law.

“The creation of an independent commission would benefit agrarian reform beneficiaries, since some of them at present were not receiving the lots that were rightly theirs,” the lawmaker said.

Robredo added that she was in favor of extending the implementation of the CAR law “so that the land could be distributed once and for all.”

She stressed that the government must do more than merely distribute land, it must help the farmers.

“If we don’t capacitate them, it’s like we’re just wasting time distributing land. This is why in my opinion, the program should be more comprehensive,” Robredo said.