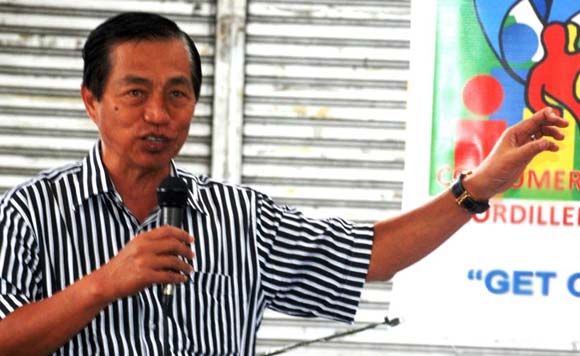 Baguio City mayor Mauricio Domogan has been absolved by the Ombudsman from a graft complaint filed by a group of informal settlers whose houses were demolished last year.

The four residents of Balsigan village filed the charges after Domogan and five other city officials allegedly spared from the demolition a fellow informal settler in the disputed property.

Morales ruled that the complaint “does not show any substantial evidence for grave misconduct because no one among the respondents have transgressed some established and definite rule of action with a clear intent to violate the law or disregard any established rule.”

“Clearly, there was no manifest partiality, evident bad faith or gross inexcusable negligence on the part of respondents as there was no showing of any violation of law committed by them,” the Ombudsman decision stated.

According to the four complainants, their houses were demolished except the one owned by a certain Mr. Bomogao, which was also located in the same property.

City officials explained Bomogao and the property owner have a prior agreement to defer the demolition of the former’s house.

The Ombudsman asserted there is nothing unlawful with the arrangement considering that the lot owner is the registered owner of the property and he is merely exercising his right of ownership to the land by allowing Bomogao to stay, subject to certain conditions.

The complainants are also not qualified to avail of the benefits such as relocation, which is mandated under Republic Act 7279, the Urban Development and Housing Act of 1992, or the so-called “Lina Law”, it added.