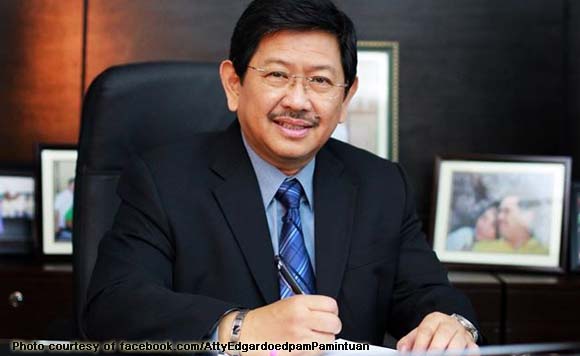 Angeles City mayor Edgardo Pamintuan is being quizzed by the Commission on Audit (COA) over the alleged misuse of the city government’s Special Education Fund (SEF) totalling P44.79 million.

In an audit report, government editors noted that the city government spent 76.89 percent or P44.79 million of the 2014 SEF worth P68.09 million to paying employees’ bonuses and allowances, power bills, and even training expenses.

SEF, COA pointed out, should be used only for “construction, repair, and maintenance of school buildings and other facilities of public elementary school and secondary schools, creation of additional classes, educational research and purchase of books, and sports activities.”

“The charging of the P44.78 million to the SEF was contrary to (rules) and depleted the SEF by that amount,” the COA said.

It noted that the city government has repeatedly failed to comply with previous audit recommendations not to spend SEF to defray the cost of electricity, water, and telephone bills for the district offices and autonomous high schools because both have their own operating budgets for such purposes.

The bulk of the P44 million – P26.223 million – was released as “other bonuses and allowances”.
Also declared irregular was the payment of P9.712 million for electricity bills, P4.226 million for water usage, and P3.75 million charged as “training expenses.”

Of the P3.75 million “training expenses,” auditors traced P3 million for “food and hotel accommodations” at the Subic International Hotel Corp. during an induction program in November 2014.

Only P117,387 was spent under “repair of school building” but verification showed the amount was paid for the purchase of various electrical materials delivered to Don Pepe School in Trinidad village.