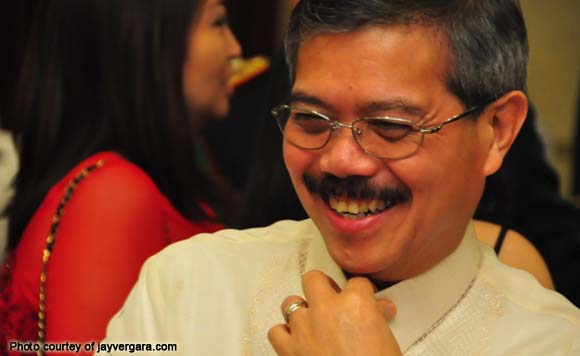 Re-electionist Cabanatuan City mayor Julius Cesar Vergara is a US immigrant and should not be allowed to run again in the 2016 elections, his political archrival claimed.

Former three-term councilor Ramon Garcia has filed a disqualification case against the incumbent mayor before the Commission on Elections (Comelec) that seeks to remove the mayor from the list of mayoral candidates.

Vergara’s disqualification case preceded a similar complaint filed against his wife Rosanna, who is running for the 3rd District House seat against outgoing Gov. Aurelio Umali.

Mrs. Vergara, according to the complaint, was a naturalized American citizen.

Garcia, chairman of Barlis village, noted that a candidate who has filed his certificate of candidacy should have indicated his ineligibility for office and that he is not a permanent resident of or an immigrant in a foreign country.

He disputed Vergara’s claim that he has been a resident of Rizdelis village for 56 years as the mayor’s travel records showed he frequently visits US with his wife Rosanna.

Garcia’s petition showed that the Vergara couple travelled to the US 10 times between July 15, 2014 and June 27 this year.

He said Vergara’s acquisition of a permanent resident status in the US amounted to an abandonment and renunciation of his status as a resident of the Philippines.