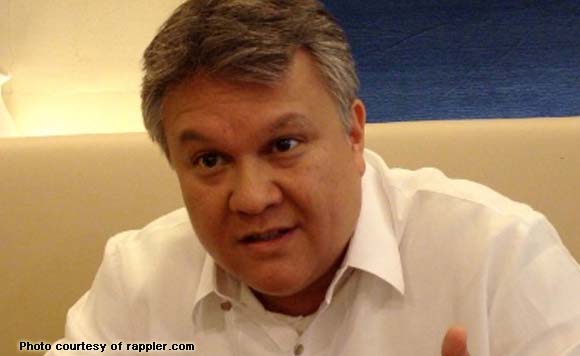 Former Pangasinan 5th District Rep. Mark Cojuangco still has a lot of unfinished business, or rather projects, in the province that were funded but were left abandoned.

This came up after the Sangguniang Panlalawigan (SP) grilled Emmanuel Diaz, chief of the Department of Public Works and Highways (DPWH)’s 3rd Engineering District.

Diaz spilled the beans on Cojuangco’s uncompleted projects in the 5th District, which were funded by the former lawmaker’s Priority Development Assistance Fund (PDAF) or pork barrel.

As quoted by PNA, Diaz revealed that one of those projects is the rusting sports gymnasium in Villanueva village in Bautista town where P13.5 million have been spent.

The steel trusses for the gymnasium were already in the site and have not been installed and are now rusting.

Also remained uncompleted is a common cemetery for the villages of Villanueva, Artacho, Poponto, and Primicias, and a school building, also in Bautista.

The Villanueva gym, Diaz said, was started in 2006 with P2 million initial allocation from PDAF. It was augmented with another P3.5 million sourced out from the Senate’s PDAF and another P5 million in 2008 from Congress PDAF.

Sixth District Board Member Alfonso Bince Jr. asked why the projects were not finished despite the fact that PDAF was stopped only in 2010 when the Supreme Court declared it as unconstitutional.

Another project is the “Bahay Intsik” gymnasium in Sison town which was started in 2005 but was not yet completed. At least P28 million had been spent for the project.

Cojuangco stepped down in 2010 and was replaced by his wife Kimi.

He is running for governor in the 2016 elections against Amado “Pogi” Espino III, son of outgoing governor Amado Espino, Jr.