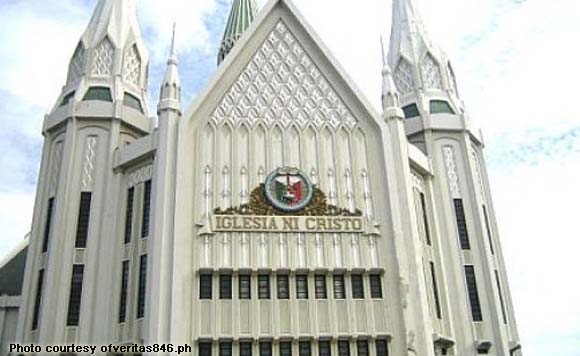 What letter?
Apalit, Pampanga councilor Sanny Mendoza has belied reports that he sent a letter to Iglesia Ni Cristo (INC) head Eduardo Manalo asking the religious leader to support his re-election bid in the 2016 elections.

Mendoza was the subject of an opinion column in People’s Journal tabloid which reported that he sought INC’s help in exchange for stopping the influence of “Ang Dating Daan” religious group in the town.

The councilor said he never wrote or sent such letter.

“Do I have a signature on the letter?” he said in a Sunstar article.

In his column “Paul’s Alarm” on November 5, Paul Gutierrez alleged Mendoza sent a personal letter to Manalo seeking INC’s votes for his re-election next year.

In return, the councilor allegedly promised to get rid of the influence of Ang Dating Daan members in Apalit and fight the “wrong teachings” of Bro. Eli Soriano.
Mendoza insisted he does not have the right to question the beliefs of Soriano’s religious group.

But he questioned several Ang Dating Daan members who allegedly transferred residency in Apalit in the 2013 elections and served as flying voters.