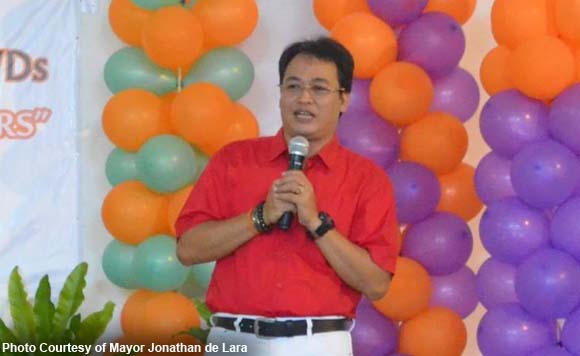 The incumbent mayor, vice mayor, and councilor of Solsona, Ilocos Norte- all belonging to one political family, have been meted with six-month suspension each over an administrative case filed against them at the municipal council.

According to the provincial board’s decision, the De Laras did not indicate in their Statement of Assets, Liabilities and Net Worth (SALNs) the names of their relatives within the 4th civil degree of consanguinity or affinity that are in government service ever since they were elected.

This, the board said, is in violation of the regulations in the filing of SALNs.

The De Laras were found “administratively liable” for violations of the Code of Conduct and Ethical Standards for Public Officials and Employees and the Local Government Code of 1991.

The administrative case was filed on February 15 by four members of the Solsona municipal council.

Following an investigation of the complaint, the Sangguniang Panlalawigan ordered the De Laras’ suspension.

The suspension, however, still needs the approval of Gov. Imee Marcos.

Mayor De Lara, calling the case “politically motivated”, has vowed to exhaust all legal means to stop the suspension.

The De Laras are the reigning political dynasty in Solsona. The family matriarch, Bertha Luz, was the town mayor from 1995 to 2004.

She was replaced by her husband Joseph, who served from 2004 to 2013. During this period, Joseph’s son Jonathan was the elected vice mayor.

In the 2013 elections, the father and son merely switched positions, running unopposed under the Nacionalista Party.