Naga to become a ‘billionaire city’ in 2017, Mayor Bongat predicts 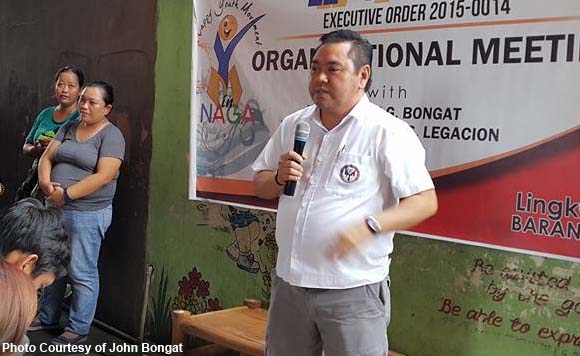 Re-electionist Naga City mayor John Bongat has a bold prediction: the city will join the roster of “Billionaire Cities” in two years’ time.

“Our city will be in the company of cities and municipalities in Metro Manila that earns billions of pesos in revenue collection,” he was quoted as saying in a Manila Bulletin article.

Bongat, addressing members of the Metro Naga Chamber of Commerce and Industry (MNCCI) claimed the city has been experiencing increased revenues from business and real property taxes in the past years.

Citing the gross revenue records of the city treasury, the mayor said Naga had an income of P509 million in 2010 and in 2016, the city budget, based on estimated revenues, would be P920 million, “a few million pesos short of P1 billion.”

Bongat stressed he is confident that by 2017, the city will have a billion pesos or more in revenue collection due to the operations of new businesses.

The city registers an increase of at least 20 percent in revenue collection in business taxes every year, the same percentage increase the city government obtains in terms of total collections in real property taxes, he pointed out.

Bongat, chair of the Liberal Party (LP) in Naga, is seeking re-election against independent candidates Fortunato Mendoza and Luis Ortega.

He succeeded the late Naga mayor and interior secretary Jesse Robredo in 2010.