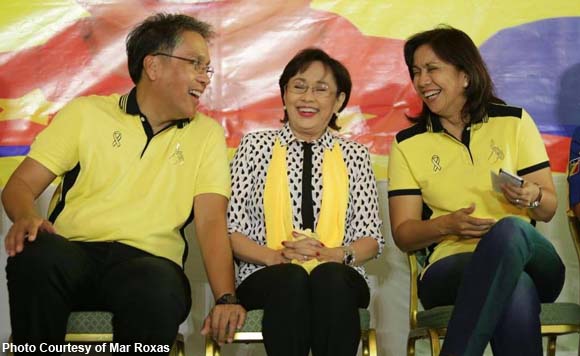 The outgoing governor spoke in a political gathering in Lipa City where she expressed her support to the Liberal Party (LP) candidates.

“If they win, Roxas will serve as the country’s pillar and Leni as the society’s guiding light,” Vilma said in a Philippine Star article, describing the Mar-Leni tandem as a “perfect” team.
“They are both economists. We need leaders like them,” she added.

An LP member, the actress-turned-politician was among those considered to run as Roxas’ running mate.

She is running instead as representative of the new legislative district of Lipa City.

Vilma’s husband, Sen. Ralph Recto, is one of the senatorial candidates of the Mar-Leni ticket.