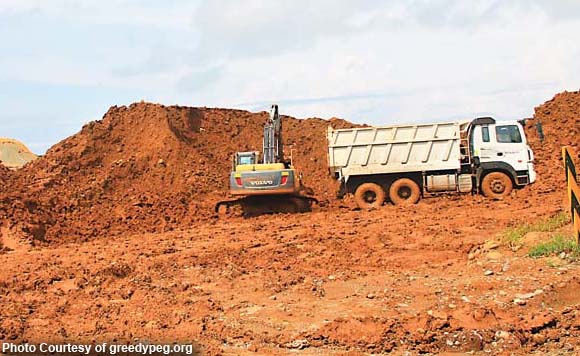 Ebdane took note of experts’ findings that the continuing mining operations have seriously damaged the town’s environs and have been affecting the local residents’ livelihood.

During a public hearing of the Sangguniang Panlalawigan’s committees on Environment and and Legal Matters, the governor recommended a temporary halt in all mining activities until permanent environment-friendly measures are put in place.

“There are plans that should be in place first before we would allow them to operate again, if the provincial government will be granted the authority to regulate and police the mining operations,” Ebdane said in a Manila Bulletin article.

Ebdane asked the stakeholders to go back to the drawing board and come up with better and stricter regulations in mining.

He acknowledged that mining worsened the suffering of Sta. Cruz residents during the onslaught of Typhoon Lando.

As part of his recommendations, Ebdane called for the creation of a technical working group that would look into the mining operations in the province, identify the problems, assess the damage, and suggest short- and long-term solutions.

“The study would ideally come up with a collective conclusion and determine the liabilities and responsibilities of all the stakeholders — not only of the mining companies, but also of the local government units and the national government agencies like the Mines and Geosciences Bureau of the Department of Environment and Natural Resources,” Ebdane pointed out.

The party-list solons stressed that red mud and water excreted from the mining sites have found its way into the farm lands, fish ponds and coastal areas, thus affecting the residents’ livelihood.