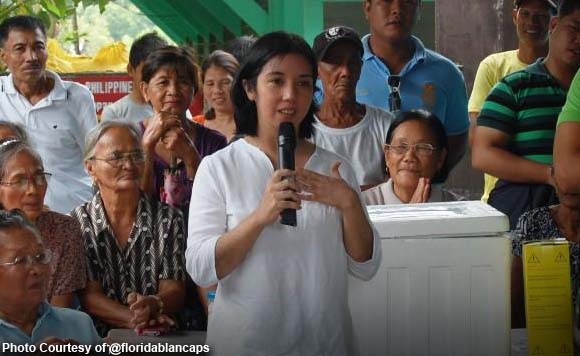 That’s because she knows President Benigno Aquino III has no plans of of extending any act of kindness to his predecessor even if the UN has made its stand known on her continued “arbitrary” detention.

“I doubt he’ll even listen. I mean, if he doesn’t listen to his bosses, would he listen to us?” Bernas told reporters on Sunday (Nov. 8).

“Have you heard him speak? Up to his last Sona, he was still putting the blame on my mother so what chance is available to her? He has already judged my mother to be in the wrong,” she added.

The UN High Commission on Human Rights Working Group on Arbitrary Detention recently criticized the Philippine government over Arroyo’s detention, saying it is against international law. The former President has been under hospital detention since 2012 in connection with her alleged misuse of the state lottery firm’s intelligence funds.

Echoing her mother’s lawyers’ earlier statements, Bernas lamented that Arroyo’s condition has worsened while she remains at the Veterans Memorial Medical Center.