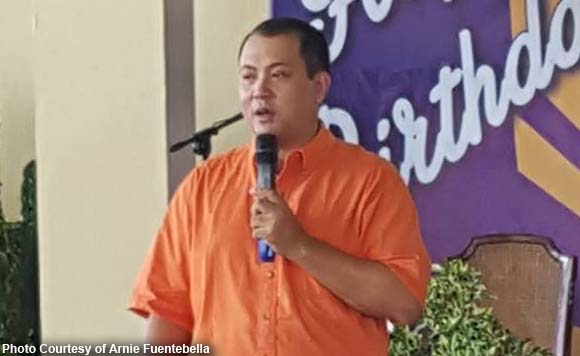 Fuentebella garnered 54.95 percent while Villafuerte got 44.75 percent of the votes cast in an online survey conducted by local online newspaper Bicol Today from November 2 to 5.

Independent candidate Roger Buenaflor, on the other hand, got 0.3 percent or a mere 66 votes.

The online poll only has one question: “In Camarines Sur, who do you think shall win for Governor?”

“Since the poll was not a ‘mock election’ as envisioned, the surprising turnout of 22,159 respondents had gone beyond and over the minimum, credible threshold associated in poll surveys,” the local paper pointed out.

It said the survey is “a world-class standard, using one-computer/one vote mode that put into test the credibility of the online survey.”

Camarines Sur has 978,640 registered voters in 35 towns and Iriga City.

The Fuentebellas and Villafuertes are the two oldest political families in Camarines Sur.

The Fuentebellas’ hold to power begun in 1912 when Mariano Fuentebella was elected as Gobernadorcillo of Camarines Sur.

The Villafuertes, on the other hand, entered the politics in 1928 with the election of Mariano Villafuerte, Sr. as 1st District representative. He became governor in 1942 and served until 1945.