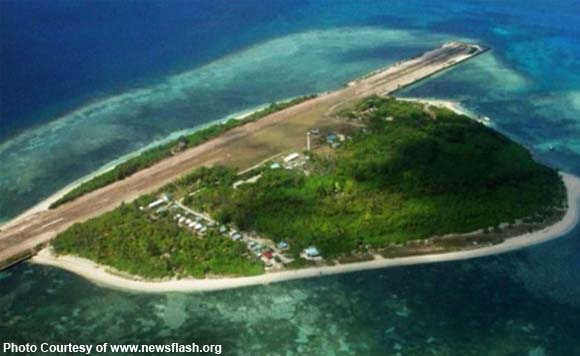 An activist lawyer seeking a party-list seat said the country should not rejoice its first victory over China in the West Philippine Sea dispute, as it is only the beginning of a long legal battle.

Harry Roque, the first nominee of Kabayan (KAlusugan, PaBAhay, KabuhaYAN), pointed out that the Hague arbitration merely ruled it has jurisdiction to hear the case.

“This is only the first hurdle against our legal battle with China. We have more to come,” Roque, an expert in international law, said in a statement.

“However,” he noted, “the tribunal ruled that it has jurisdiction only over seven assertions, out of the 15 which the Philippines has submitted.”

These assertions include territories of Panatag Shoal, Ayungin Shoal, Gavin Reef and Mabini Reef, to name a few, according to Roque.

Seven other assertions, the Court noted, will be considered in conjunction with the merits.

“That’s what we have to be prepared for. One of our strongest arguments, that China’s imaginary 9-dash line has no legal force and effect under international law, has yet to be decided by the court whether it has jurisdiction or not,” Roque stressed.

Basing its claim on ancient title, China claims sovereignty over the entire West Philippine Sea under its proposed 9-dash line.

China’s claim was articulated in the 1950s, but resurfaced only recently in 2009, when it submitted an opposition against Vietnam and Malaysia’s application for an extended continental shelf.

Since then, China has employed its ships to patrol the area and has commenced the building of artificial islands in low-tide elevations.

The Philippines has since initiated arbitration with China in January 2013 under the provisions of the United Nations Convention on the Law of the Sea (UNCLOS).

“That is why we should celebrate with caution. We still have a long way to go,” Roque said.

Roque is the former Director of the Institute of International Legal Studies at the UP Law Center, and professor of Constitutional Law at the UP College of Law.

At present, he is the legal counsel of the family of murdered transgender Jaime “Jennifer” Laude and of some of the victims of the Maguindanao massacre.