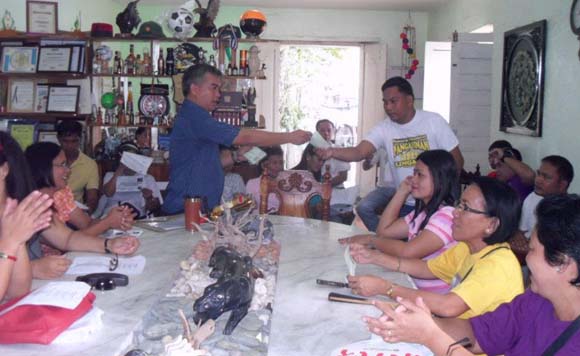 Romblon mayor Gerard Montojo gave his employees cellphone load even though the grant of such incentive is not justified.

The rate for Department Head reaches P2,000 per month, while rank and file employees at P1,500.0 per month.

“The municipality failed to provide the Audit Team with specific and clear guidelines regarding the grant of cellular card allowances to officials and rank and file employees of the municipality hence, we were not able to validate its propriety,” the COA said.

The audit agency said it has noted the anomalous grant in previous audit reports and yet Mayor Montojo still failed to justify the grant of incentives.

“Despite prior years audit observation, the Municipal Mayor still failed to limit or justify the disbursements for Telephone Expenses – Mobile,” the COA said.

In its reply to COA, the municipal government said it granted mobile load incentives because cell card allowance, formerly called Growth Incentives, was granted to employees as a substitute for salary increase.

The grant of cellular load allowance was also allowed under a 2011 Sangguniang Bayan resolution.

The COA recommended that the municipal government adopt a clear, specific and written guidelines on the grant and reimbursement of cell card allowances.

The audit agency also recommended to the Accounting Unit to ensure that claims for cell card allowances are validly supported with cell cards, statements and official receipts.

Politiko would love to hear your views on this...
Post Views: 13
Tags: COA, Commission on Audit, mayor Gerard Montojo, Romblon