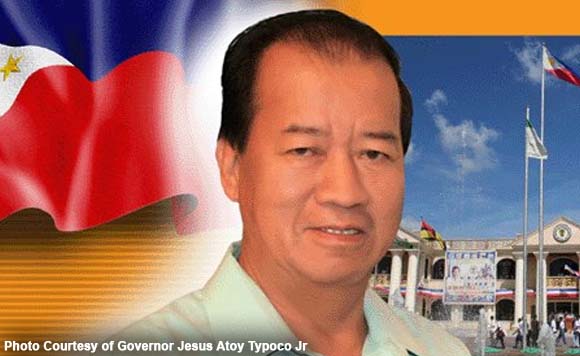 Former Camarines Norte governor Jesus Typoco Jr. faked the procurement for medicines by falsifying receipts to make it appear there was public bidding.

This compelled the Sandiganbayan to convict Typoco and his General Services Officer Noel Reyes of falsification of public documents under the Revised Penal Code.

Typoco authorized the procurement of P1.645 million worth of medicines for its medical indigent program in 2005.

Typoco made it appear that there was a public bidding and a notice of award in May 2005.

During the four year trial, Ombudsman prosecutors were able to prove that the delivery, inspection and payment for the medicines were actually done a month earlier, or in April 2005.

State Auditor III Nemia Noora testified in court that Typoco and Reyes tampered the date on the purchase order (PO)to make it appear the delivery and payment were done in April.

“[T]his alteration or change in the original date of the subject purchase order constitutes falsification of official document because it affected not only its veracity but it also changed the time when it was prepared and approved to make the document speak something false…when in truth and fact the PO in question was already approved on April 21 without any public bidding,” the court said according to a statement prepared by the Ombudsman.

The court also noted erasures and alterations in the inspection and acceptance report, as well as the sales invoice.

“There was conspiracy between Typoco, Jr. and Reyes as shown by their respective participations in the alteration of the date of the PO in question,” the court said.

The witness also noted other deficiencies: non-submission of the list of individual recipients of the medicines; undated and unnumbered Request and Issue Slip approved by Typoco; undated Report of Utilization approved by Typoco, rendering the COA unable to determine the actual date of disposal of the medicines; and absence of an invitation to the Commission on Audit to attend the alleged bidding.

The court also dismissed the graft charges against Typoco for lack of sufficient basis.

Typoco was earlier indicted by the Ombudsman for graft over the anomalous procurement of 7,142 bottles of liquid fertilizers in the latest case of the fertilizer fund scam.